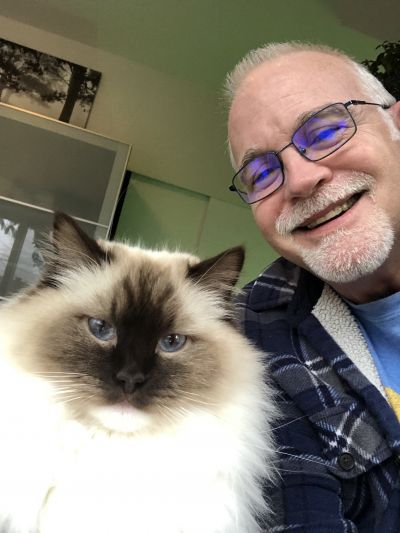 After calling Atlanta home for over 26 years, I moved to Seattle in June 2015, fulfilling a life long dream to live on the west coast. Following 5 decades in the southeast, I was ready for a change. Culturally. Geographically. Holistically.

I paid for my college tuition by waiting tables, but with a degree in English and History, and knowing I did not have the calling to be a teacher, I continued to work in the restaurant industry for 20 years. I was an avid runner and weekend landscaper and enjoyed an active life and felt really fine at the age of 42. That changed in 2006 when I was sidelined by 3 surgeries in 18 months...both knees as well as a hernia, which took its toll on my body.

Following the procedures and 9 months of physical therapy, I could not raise my hand over my head without stabbing pain. Every pivot was painful. Every move was met with a sharp tug that left me feeling old for my age. The surgeon told me I'd never run again and prescribed monthly knee injections.

I knew I had to make a drastic change. With the guidance and encouragement of 2 very gifted healers at the Synergy Wellness Center, I decided to enroll into a 750 hour program at the Atlanta School of Massage in December 2007.

During school, the benefits of massage became quickly obvious. My body responded well to the therapeutic touch, and as the fascia loosened, my freedom of movement increased, and I gained a greater understanding and apprecation for how the body works and how our daily living dictates how our bodies are going to feel and function as we flow thru life.

My posture improved, as did my diet and breathing and awareness, and less than 5 months into the massage program, I became pain free and have been so ever since. It has been liberating!

The most rewarding experience, however,  was working with the patients that came into the school's clinic for student massages. Establishing bonds, helping clients increase their range of motion and enabling them to leave pain free is what it was all about. The clinic staff even christened me, "The man with the healing hands."

Immediately after certification, I was employed by the Atlanta School of Massage as an Assistant Instructor &  Clinic Supervisor where I worked for 3 years, mentoring students in the school's clinic and assisting in the classroom environment.  I have also worked for BLUE Med Spa in Midtown and Natural Body in Morningside. I started my own business in the Fall of 2008, assisting hundreds of clients with their healing process.

I am passionate about holistic and complementary approaches to health and am fascinated with the mind-body connection. I've taken continuing education classes in Medical Qigong, Craniosacral Therapy, and Myofascial Unwinding.

People often ask me where "Omulally" came from, as my last name is "Lally." When my father's family immigrated to America from Ireland in 1812, they decided to drop the "O" from the name when they were processed at Ellis Island. Later that century, when his family migrated from Virginia to Kentucky, they decided to drop the "Mu" from the name, to make it sound less Irish. When my father passed away in January 2012, I wanted to honor him by embracing his Irish heritage, so I decided to call my business Omulally Massage.